History of the atomic bomb dome

The atomic bomb dome, the world cultural heritage site, which many people from Japan and the world visit, was a show space to expand sales channels for products of Hiroshima as the name of the Industrial Promotion Hall.

In this article, we introduce the history of the atomic bomb dome.

The Hiroshima Prefectural Commercial Exhibition Hall had a space for products of Hiroshima and held events including the art exhibition, concerts and lectures.

On August 6, 1945, an atomic bomb – the first nuclear weapon used in human history- was dropped on Hiroshima. It exploded 600 meters above the ground, approximately 160 meters southeast of the Industrial Promotion Hall. The Hall received the full force of the blast, heat waves and the radiation as it was almost directly below the explosion. The central structure was an oblong column shape with relatively thick walls, and since the pressure from the blast came from almost directly above the building, it narrowly escaped collapse.

After the war, the Industrial Promotion Hall that the steel frame was exposed came to be called the “Atomic Bomb Dome.”

Diary by an atomic bombed girl and movement towards preservation

“I just wonder if the painful reminder that is the Industrial Promotion Hall (A-bomb Dome) will always be there to tell the world how fearsome atomic bombs are.”

This appeared in a diary written by KAJIYAMA Hiroko, a high school student girl who died to leukemia. After the war, some were of the opinion that the A-bomb Dome should be preserved as a monument, while others said it should be torn down because it was a dangerous building or because it was a reminder of the tragedy of the bombing. As the controversy continued, people who were impressed by the diary of Ms. KAJIYAMA started collecting donations and signatures to support the preservation of the A-bomb Dome. The action led to move Hiroshima City Council and the mayor of the City of Hiroshima. In 1966, the Hiroshima City Council unanimously passed a resolution to permanently preserve the A-bomb Dome. In 1967, the first preservation work conducted with the donations began. 20 years was passed since the atomic bomb had been dropped on Hiroshima.

The diary of KAJIYAMA Hiroko (Donate by KAJIYAMA Kunito, Kimiko, Collection and Courtesy of the Hiroshima Peace Memorial Museum

When Japan joined the UNESCO World Heritage Convention in 1992, people including a-bombed survivors began to raise their voice in support of making the A-bomb Dome a World Heritage Site.

A national campaign to collect signatures conducted by the citizens of Hiroshima was a success, and it was designated as a national historical site in June 1995 and registered on the list of World Heritage Sites in 1996 as a symbol calling for the abolition of nuclear weapons and for world peace.

Column: The Genbaku Dome: a Symbol of Hiroshima

You can learn more about the history of an atomic bomb dome. 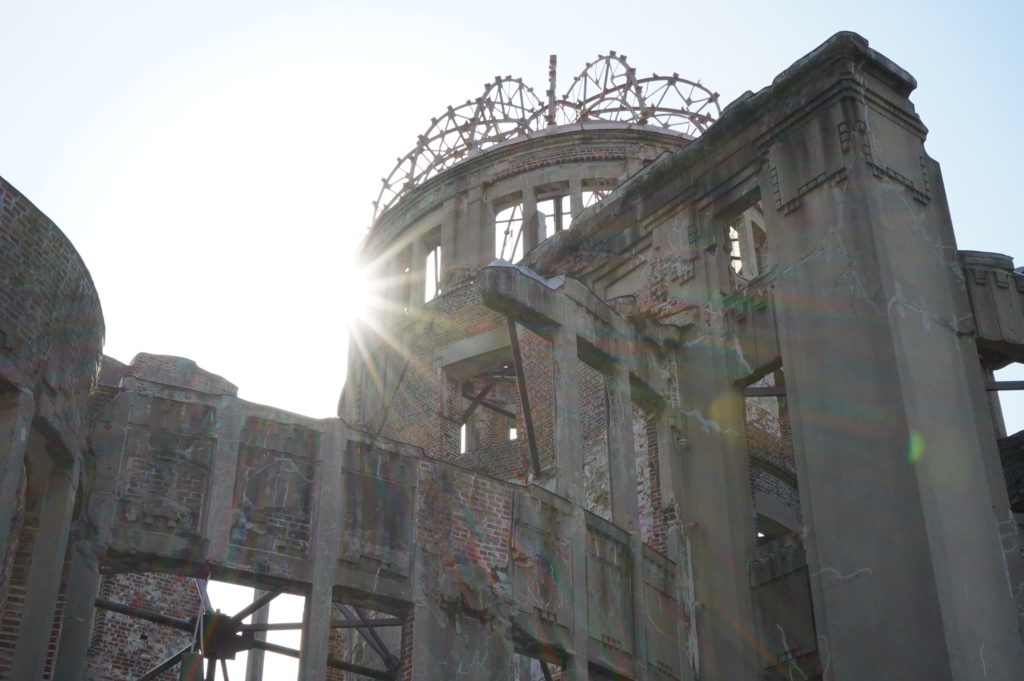