Kamegakubi test firing site was on the eastern edge of Kurahashijima in Kure City, Hiroshima Prefecture. On this land, there was a departure test site for 46 cm main guns which were on the batteleship Yamato, one of the facilities of the Kure naval base. Today, the area is densely covered with trees, blocking the way.

We talked to Mr. YANAI Toshihiro, Chairman of “Kurahashi Tourism Guide,” working to preserve and pass on the remains of the war for peace education.

At the Kamegakubi test firing site, the penetrating power of shells, bulletproof performance of steel plates used for warships, and the explosive and destructive power of bullets were tested. Materials for bullets were also developed at the site. After the war, the main facilities were destroyed by Allied forces. After the Allied troops withdrew, civilians entered and looted the scrap metal.

The remains of a crane rail on a jetty. The rail itself does not remain and cannot be seen.

On the two masonry jetties jutting, is the remains of a crane rail. A 200-ton gantry crane on the pier lifted the huge barrel of the cannon of battleship Yamato (22m long) and quickly moved it to the gun emplacement. The cannon was launched in two directions, toward the Uwajima and Saijo City, Ehime Prefecture. Its angle, arrival time and speed were measured at the monitoring station set up every 10 and 20 kilometers. The performance of the rocket was checked to see if it had performed as designed.

A recording room and an evacuation shelter covered with trees

A brick building that was used for measuring and quarters

The firebreak embankment built near the launch site included a concrete recording room and an evacuation shelter. The arched entrance can still be seen today. The concrete dome at the back of the third embankment was the site of the initial velocity measuring equipment for shell firing tests, and is a double-domed structure designed to be unaffected by the blast and rumbling during the firing process. The brick building immediately adjacent to it was divided into three sections: the stakeout station, where data analysis was performed, and the officer’s quarters and office.

The concrete building where the engineers had their meals

Some underground test chambers to check the explosive power of the shells remain in place. These tests were fraught with great danger and resulted in many casualties.

The entire area is now covered with forest, and is studded with the remains of facilities that escaped destruction. They remain still as if they were sleeping. The guide association holds a memorial service for the victims of the bomb-testings in mid-June every year. At the same time, they also cut grass and branches to maintain the remains of the war.

The memorial service organized by the Kurahashi Tourism Guide

Over ten years ago, Mr. Yanai moved from Hyogo Prefecture to Kurahashijima, attracted by the beauty of the many islands in the Seto Inland Sea. While researching Kurahashi as a guide, he learned that this beautiful island was full of military facilities and that the entire island was a military fortress. He said, “I want people to know how meaningless the war was and how tragic it was from the history of the Kamegakubi test firing site, and how the peace we have today is based on sacrifice. I want people to have the opportunity to think about peace.”

In 2020, these remains were added to the Collective culture heritages of Japan, titled “Centers of Japanese modernization,” which includes four dynamic coastal cities (Yokosuka, Kure, Sasebo, and Maizuru) in which the Naval arsenals were located.

*Visit freely. However, it can only be approached by boatc.

If you want to take a guided tour, please apply for “Kurahashi Tourism Guide.”

Please make a reservation at least one week in advance.

The museum presents the history of Kure and various technology including shipbuilding and steelmaking. The one tenth scale model of the battleship Yamato is exhibited in the museum.

Museum Closed: Tuesdays (If Tuesday is a holiday. the Museum will be closed on the following day.)

Open everyday between April 29 and may 5, between July 21 and August 31, and between December 29 and January 3.

Other War Ruins in Hiroshima Prefecture 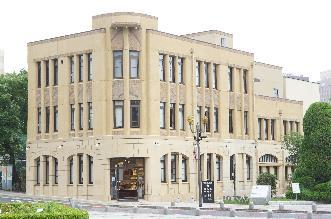