How did the numerous restaurants born in Hiroshima after the atomic bombing that grew with the post-war reconstruction process make their way through the post-war years to the present?

The area around present-day Alice Garden (Shintenchi, Naka-ku, Hiroshima City), once lined with many food stalls after the war.

In 1950, the father of the founder, ISE Mitsuo (the current chairman), opened a food stall called Mikasaya in present-day Alice Garden.

While working on construction work on Peace Boulevard during the day, the Chairman started helping out at the food stand in the evenings, and in 1953, he changed the name of the restaurant to “Micchan,” which was his nickname.

I’ve heard that the change made it easier for acquaintances to find the stall, so more people came.

At the time, the griddle was small and the yakisoba(fried noodles) and vegetable-only okonomiyaki were made separately, but later they were combined into a single okonomiyaki.

This okonomiyaki satisfied the workers who came to Hiroshima from outside the prefecture for reconstruction work.

They taught the surrounding food stalls how to make it and worked together to flourish the town.

Founder and Chairman ISE Mitsuo. One of the architects of the history of Hiroshima’s Okonomiyaki

In 1965, under Hiroshima City ordinances, many of the food carts in Shintenchiwere evicted and at the same time they were invited to open a restaurant in the Hiroshima Station Building.

Businessmen from all over Japan came to know about Hiroshima’s okonomiyaki, and it led to a change of okonomiyaki from a nighttime menu to a daytime menu, as people ate it before boarding the bullet train to return home.

After the first boom of okonomiyaki in 1993, the okonomiyaki became well known throughout Japan and the number of tourists increased due to TV coverage.

Incidentally, after Mr. Obama visited Hiroshima in 2016, people from all over the world started visiting the city to eat okonomiyaki.

It proved that Hiroshima’s okonomiyaki spread all over Japan and the world.

Okonomiyaki is a symbol of reconstruction from the war.

People came to Hiroshima from all over Japan to help Hiroshima reconstruct from the atomic bombing, and they were hungry for okonomiyaki.

Many industries in Hiroshima must have been encouraged around okonomiyaki.

Mr. KAMIKAWA Manabu had been working at Micchan as part-time since he was a student and learned a lot from Mr. ISE.

This year (2020), the number of customers from outside the prefecture dropped to almost zero due to the COVID-19, but even so, sales didn’t drop much.

That was proof that we were attracting local customers as well, and I was very happy about that.

We realized again that it is not a matter of course for us to have customers from outside the prefecture queuing up every day.

It’s been eight years since our founder and chairman, Mr. Ise, stopped cooking okonomiyaki, but our mission at Micchan is to carry on the taste that he created.

Under our company motto, “Making Hiroshima’s okonomiyaki the national standard,” we will continue making okonomiyaki that you can eat every day.

Founded by ISE mitsuo, the father of Hiroshima’s okonomiyaki.

There are five restaurants in Hiroshima City and one in Hatsukaichi City.

Open all year round

Hiroshima Prefecture is working to achieve the United Nations Sustainable Development Goals (SDGs) by creating a collection of case studies of companies in Hiroshima that are promoting SDG businesses. Click here to learn more about the companies that are working towards Goal 2: Zero Starvation. 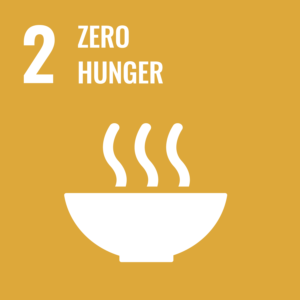 Otafuku Sauce, founded in 1922, produces Okonomi Sauce which is essential for Okonomiyaki. We interviewed Mr. OOUCHI Yasutaka, manager of the public relations department, about the history and prospects of Otafuku Sauce during and after the war.