The Reconstruction of Shukkeien Garden and Hiroshima

Shukkeien Garden was built by the lord of Hiroshima, ASANO Nagaakira, in 1620 during the early Edo period (1603-1868). It has remained in the center of Hiroshima City for 400 years, serving as a place where the locals can relax. Let us hear the thoughts of Mr. OKABE Kikuo (the chairman of Kaminobori-cho Town and advisor to the Peace Room of Hiroshima City Noboricho Elementary School) regarding his thoughts about the transition and progress of the postwar reconstruction.

I was born in 1948. My home was located in just behind Shukkeien Garden. This was during the first baby boom (1947-1949), and many of my classmates lived in the same neighborhood. We’d often go to the garden to catch eels, build secret bases, and play like the place was our own. During the Inoko Festival*, a test of courage would be held. It involved participants going around Shukkeien Garden. At that time, I didn’t know much about the devastation left by the atomic bomb. If I knew, I would have been too scared to explore the area.

I’m also a second-generation atomic bomb victim. My grandmother would tell me a lot of stories about the bomb. This made me think I knew a lot about the damage it caused and how life was until then. However, I realized I was wrong after looking up the old maps and materials about life before the war and after the bomb.

The front gate of Shukkeien Garden after the 1945 bombing. Photographed from outside the garden. (Photo by KAWAMOTO Toshio, courtesy of KAWAMOTO Yoshio )

Shukkeien Garden was the area’s refugee shelter during the war. The place never suffered damage via air raids until the atomic bomb was dropped. Back then, many  misunderstood that there would be no air raids since there were plenty of foreign immigrants in Hiroshima. And then, on August 6th, many people were evacuating the buildings of Hiroshima City.

After the bombing, the victims gathered in Shukkeien Garden in search of water. I heard the scenery there was like hell. The garden’s trees were burnt, buildings completely destroyed, with thousands of corpses lying inside and around the area.

Mr. Okabe as a child along with his neighbors and siblings with Shukkeien Garden in the background (1956)

Reconstruction efforts began in 1949 after the war. Barracks were lined up inside Shukkeien Garden, with people living there mainly responsible for maintaining the garden. Camphor trees were planted since they grew fast. The garden reopened in 1951 and was crowded with visitors. Many took pictures and went on excursions around the garden. It was a popular spot for dates and cherry blossom viewing for Hiroshima’s citizens.

Shukkeien Garden celebrated its 400th anniversary in 2020. I became the advisor to the Peace Room, which was established at Noboricho Elementary School in 2018. This was after I donated a panel summarizing the history of Noboricho and Shukkeien garden to the said school. It’s currently being exhibited there, showing my independent research on the school’s history, the atomic bomb, and the reconstruction efforts. Rather than passive peace education, we aim to teach children to learn through their own initiative and pass down their knowledge to their juniors. We want them to absorb the lessons as their own by having them learn from and teach each other. Volunteer guides from Shukkeien Garden and Hiroshima Peace Memorial Park also visit the Noboricho Elementary School Peace Room to share the knowledge it has to offer.

Shukkeien Garden may be the only place left where one can experience the gentle prewar atmosphere of Hiroshima. Please come visit us here and have a good time. I hope you can feel the strength of Hiroshima, which recovered even after losing everything in the bombing.

Inoko Festival (the Young Boar Festival) is an annual event held in western Japan on the Day of the Boar in October of the lunar calendar (early November). A kind of harvest festival, the event was believed to be the day when the god of the rice field is leaving. Children attach several ropes (or a bundle of tightly packed ropes) to stones and use them to pound the ground while singing a song and moving around.

Features the bombed buildings and trees in the center of Hiroshima City, including Shukkeien 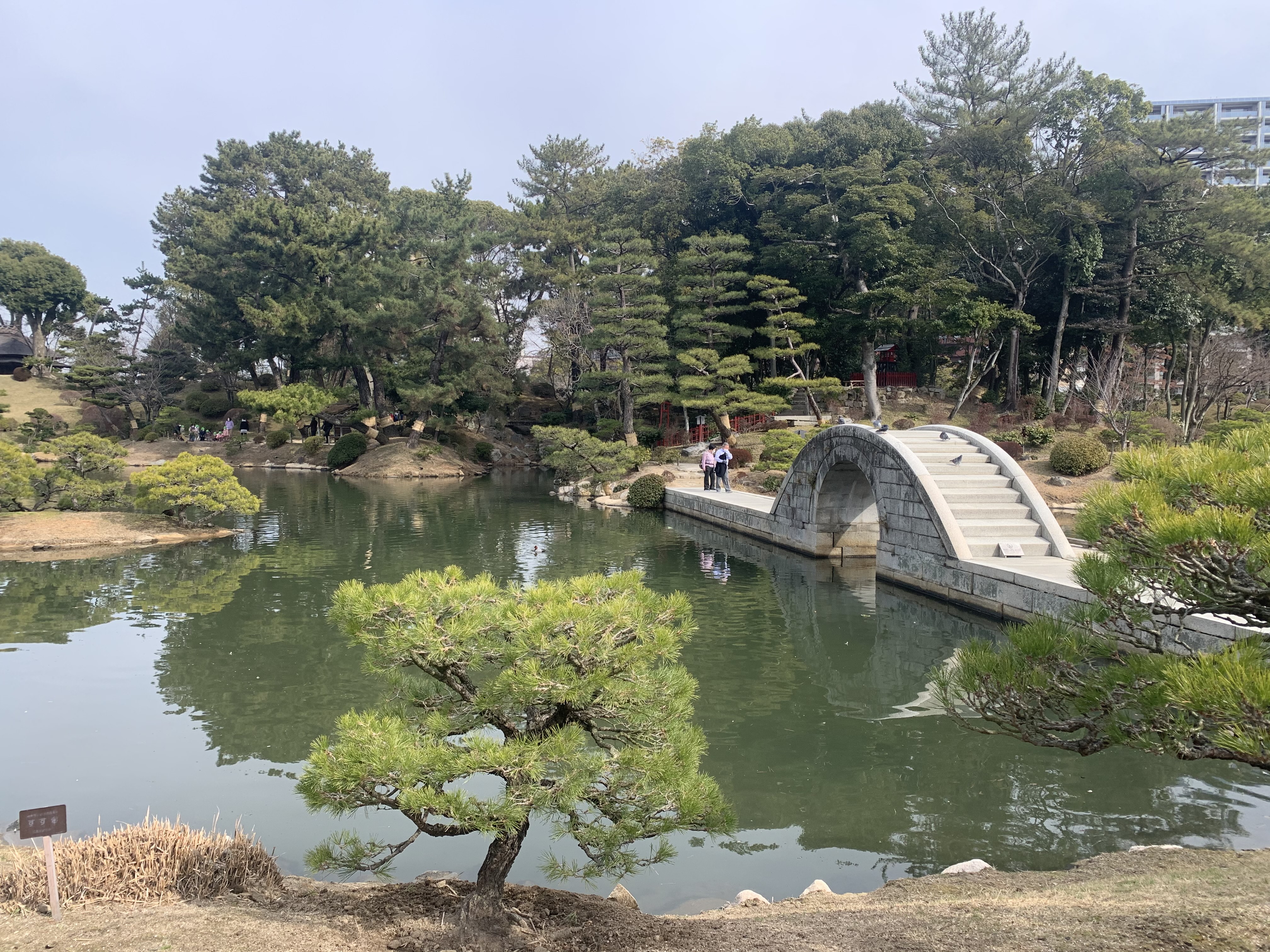