There are many monuments in Hiroshima Peace Memorial Park. If you have visited Hiroshima, you probably know the “Children’s Peace Monument”.

There are not one or two times that we have seen that students visiting Hiroshima on a school trip offer one thousand paper cranes in front of the monument.

We introduce the children’s peace monument.

Children suffered by the atomic bombing

At 8:15 a.m. of August 6, 1945, the atomic bomb was dropped on Hiroshima. There were many citizens including students in Hiroshima at that time. For example, 9,111 mobilized students were deployed in the city on August 6 and many of them have been victims. And national school children from the third to sixth grades (third to sixth grades of the present elementary school) were evacuated en masse. As a result, many of these children’s relatives lost their lives. They were left orphaned, without a home to return to. (*1)

A story of a girl who survived an atomic bomb: A grandmother’s experience of being a driver as a young girl, drawn as a manga by her granddaughter. You can see the life of girls during the war.

Read a story of a girl who survived an atomic bomb

Leaning from Hiroshima’s Reconstruction Experience: Reborn from the Ashes Vol3: It focuses on “Atomic Bomb Damage and Administration” and “Orphans of the Atomic Bomb: Untold Stories”.

Have you heard the story of Sadako Sasaki?

The Children’s Peace Monument was built to commemorate Sadako Sasaki and the thousands of other innocent children who died due to the atomic bombing of Hiroshima.

When Sadako was 2 years old, the atomic bomb was dropped and she was exposed at home about 1.7 kilometers from hypocenter. Even though she had no apparent injuries soon after the bombing, ten years after the bombing, she was suddenly hospitalized because of the leukemia. After eight months in the hospital, she died surrounded by her family. In hospital, she continued to fold orizuru (paper cranes) with her desire to get well. The story of Sadako and orizuru has spread around the world. Today, Orizuru is known as a symbol of peace.

Sadako’s classmates at the elementary school were terribly shocked to lose their friend. They came up with the idea of building her a grave or some kind of monument for Sadako. At that time, someone suggested to build a monument to console all the children who died from the atomic bombing. They agreed and the movement was started. It grew into a large movement involving elementary, junior high and high schools in Hiroshima City.

About a year after Sadako’s death, in October, it was decided to erect the monument in Peace Memorial Park.

The aim to build the monument

The monument was built to commemorate the thousands of innocent children who died due to the atomic bombing of Hiroshima. On the stone underneath the pedestal is inscribed, “This is our cry. This is our prayer. For building peace in this world.” (*4)

It’s a cute mini envelope of cranes that can be used as an accessory case or be displayed. 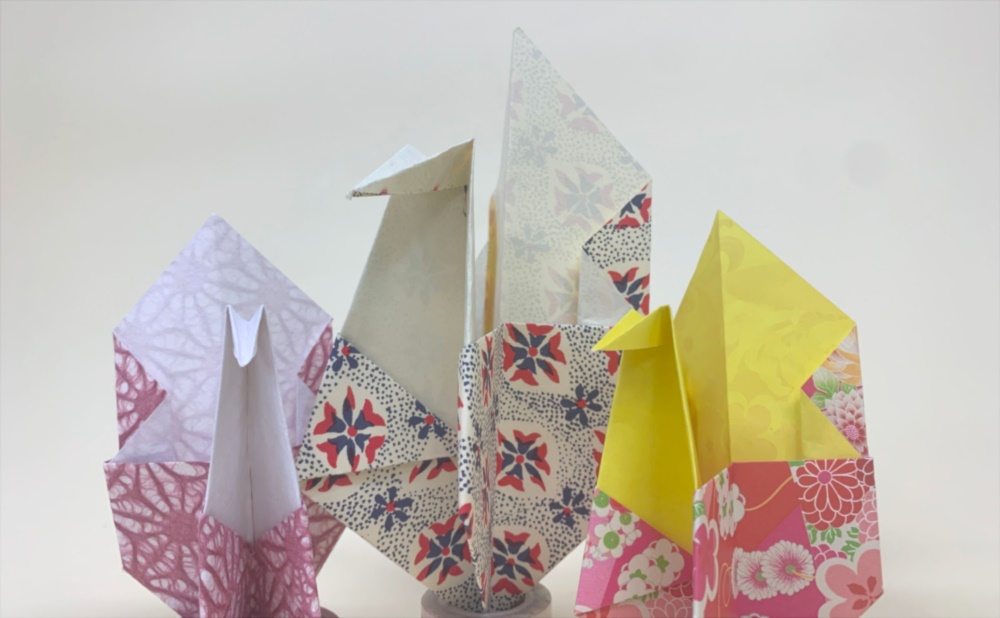