The paper cranes that have been displayed in Peace Memorial Park for a certain period of time are reused as lanterns for the Toronagashi Peace Message Festival on August 6th and as mosaic art made of origami cranes.

Made in the unique Japanese culture of origami, Small paper cranes to pray for peace. Ms. SONE Yasuko, who has been working on the project, told us that through origami, the children of the community will be able to make their own creations of peace. She taught us how to pour our hearts into every fold, wishing for peace and safety in our lives. The following is an example of Ms. SONE’s original creations, designed to help us feel kindness through origami. It’s a cute mini envelope of cranes that can be used as an accessory case or be displayed.

Folded with firm paper, it can also be used for interior design

Turn the white side up and make the valley fold horizontally and diagonally.

Fold the corner of the diagonal line from the first step towards the center. Fold the other side in the same way, then turn the paper over so that the red side is facing up.

Open once, then fold along each folded line as if you were aligning them with each other. Place your finger in the center while folding for the best results

Fold the leftmost corner to the center line. Fold the other side in the same way.

Align the triangle from left to right, as shown in the arrow.

Fold the left-hand corner to the center and open.

Divide the folded line made by the previous step into two parts. Open the small triangle once and insert your fingers into the top of the triangle.

Once step 9 is completed, turn the top and bottom over.

Fold the part that will be the neck of the crane. Fold the top of the triangle you made in step 9 into the inner pocket.

The left edge is also split in the middle in steps⑨ and ⑩, and the vertices of the split triangle are inserted into the pocket in the same way as in step ⑪.

Complete with the front facing upwards.

She is the director of the Japan Origami Association, and an advanced origami instructor certified by the Association. Ms. Sone is also a creative origami artist, coming up with her own origami designs. In addition, she teaches origami at elementary schools and folds paper cranes with students to donate to the Peace Memorial Park. Laslty, she is the author of many books such as “Idea Origami for Enjoying Life” (JAPAN PUBLICATIONS, INC.).

Hiroshima’s Path to Reconstruction: Yoko and Sadako: Children under the mushroom cloud

Paper cranes are known as a symbol of peace around the world, originating from the story of Sadako Sasaki. You can learn more about Sadako.

Yoko and Sadako: Children under the mushroom cloud 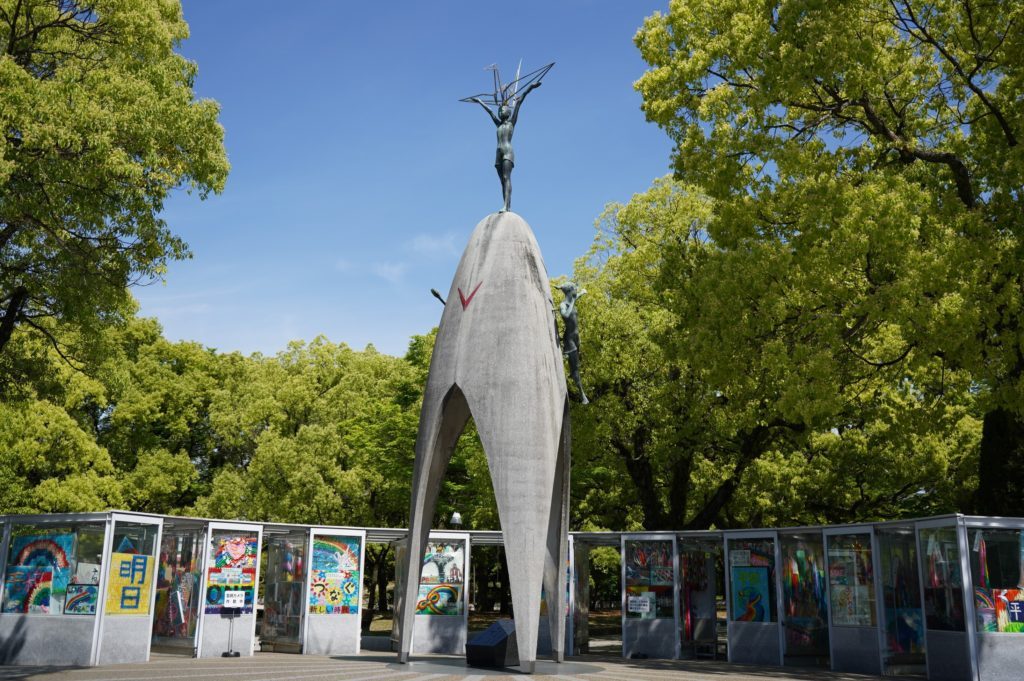