Focusing on companies with long histories in Hiroshima, we will look at their wartime and post-war histories in the city of peace, Hiroshima. We will interview the company’s role and aspirations as a business enterprise, and uncover clues for Hiroshima’s future.

In this article, we will introduce Otafuku Sauce, founded in 1922. It is a long established company that will celebrate its 100th anniversary in 2022. We interviewed Mr. OOUCHI Yasutaka, manager of the public relations department, about the history and prospects of Otafuku Sauce during and after the war.

The intentions were to help people.

In front of the Sasaki Shoten when it was founded

The founder, SASAKI Seiichi, started the business in Yokogawa-cho, Hiroshima City with a desire to be of service to people, and became a wholesaler and retailer of sake and soy sauce. Specializing in blending of soy sauce and sake according to the tastes of customers, there was a strong desire to contribute to people through producing vinegar. This is the origin of the name “Otafuku,” which means to bring joy and happiness.

In 1945, however, the atomic bombing of the city destroyed the brewery that served as his residence and brewery in Yokogawa. Fortunately, Mr. Sasaki and his wife, as well as his son and daughter, all survived. Despite the fact that the town had been burned to the ground, they chose not to give up, and determined to continue living positively together. After opening a dining hall, he rented a space at a liquor store in Nagatsuka, Gion-cho, Hiroshima City, and resumed producing vinegar.

Recommended by the person who had supplied the equipment to us at that time, we started producing Worcestershire sauce in 1950.

But at the time, there were already several sauce manufacturers and the wholesalers dealing with the manufacturers had a special distributor system. Because of this, it was difficult for us to gain attention in the market. Therefore, we began to develop new customers, including small retail stores and the Okonomiyaki restaurants which became widespread after the war. With his family natural popularity and cheerfulness, the sauce began to sell throughout Hiroshima.

The idea of “We look at everything in a positive light, acting in a proactive manner
while always looking forward with a bright spirit of gratitude.” is still practiced by all employees today as a motto.

All employees think of peace.

The monument in our company is inscribed with the words of our founder: “Let us realize the true path, and pray for each other and world peace with all our hearts.

After the war in the 1950s, a new style of Okonomiyaki emerged in Hiroshima, and in Showa period, a new style of re-innovating part of the house was introduced. As a company involved in the Okonomiyaki business that has developed into a meal that satisfied the appetite of the people of Hiroshima, we are proud to be a part of this new style of Okonomiyaki. Every year on August 6th, the company holds a meeting with the chairman, advisors, and other people who have experienced war and the atomic bombing to talk about their own experiences. We ensure that we tell young employees about war time. We also have an “Okonomiyaki Storyteller” on our website.

The restaurant’s history and memories of people who ran Okonomiyaki restaurants after the war are posted on the website. We felt it was our mission to preserve the precious stories of the early days of Hiroshima’s Okonomiyaki developments.

It is the 75th year after the atomic bombing of Hiroshima, so we planned to collect a wide range of essays to preserve memories of Okonomiyaki.

We are also looking forward to seeing the history of Okonomiyaki when it was first introduced to the world. The special radio program “Scenes with Okonomiyaki” (https://radio.rcc.jp/okonomi/) will be introduced as a radio drama in the program.

The brand was named “Otafuku.”

Sasaki Shoten was destroyed by fire in 1945 after the atomic bombing, but in 1946, the company rented a brewery in Nagatsuka, Gion-cho, Hiroshima City, and resumed production of brewing vinegar. Later, in 1950, the company started producing and selling sauces, which is still being conducted today.

We will hold the online forum on August 8 to discuss the relationship peace and business. Mr. Sasaki, president of Otafuku Holdings Co.,Ltd. will be panelist of the session. 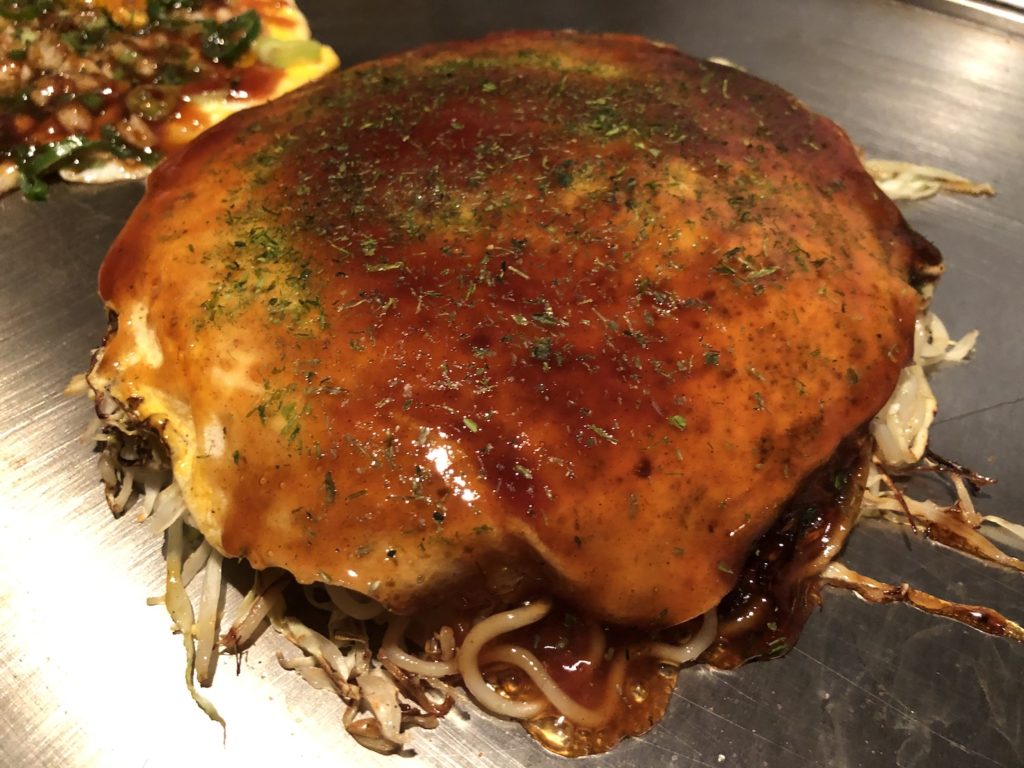