How did the many long-established companies in Hiroshima overcome the challenges of wartime and post-war times? We will look back on their founding and their history before and after the war, and unravel the ways how these companies interacted and sought to be involved with the Peace City, Hiroshima. In this issue, we interview Mr. YAMANAKA Takeshi, President of Maruni Wood Industry Inc., founded in 1928.


Our company began when the founder, YAMANAKA Takeo, became fascinated by traditional crafts such as Miyajima-zaiku (the traditional handicrafts of Miyajima Island, which is credited as one of the three most scenic spots in Japan and also has a deep history), which utilizes the characteristics of wood. He was fascinated by the wonder of wood that changes shape as if it were magic. He drew on the techniques of furniture makers such as the German company, Thonet and established the “wood bending technique.”

The founder, who graduated from present Kyushu Institue of Technology, taught himself how to make machinery and furniture, and established the quintessential Maruni Wood Industry, “Industrialized Craftsmanship” If craftsmen could use machines to mass-produce artisanal products that were individually handcrafted, it would be possible to deliver high quality furniture to more people at a lower cost.

Thus, starting with the “bentwood chair” (Bank Chair) in 1928, the year of the company’s founding, the “#38,” which was collectively known as the “Square Chair,” and the “#113” (Railway Turnover), which was mainly supplied to the Japanese National Railways, were some of the hit products that followed.


However, in the late 1930s, the sound of war was beginning to creep up on us. Our company was designated as a munitions factory because of our solid technology, and we began to manufacture many munitions. We made paddle barrels for war horses, tent stanchions, and paddles for transportation. Towards the end of the war, even the tail fins and fuel tanks of the fighter planes were made of wood, which showed how hard the war was.

Since men were away at the battlefield, female students who had been mobilized were said to have worked on it. There is no record of the people’s feelings at the time, but they must have been working very hard “for the sake of the country.” At the time of the atomic bombing on August 6 1945, the company was located in Hatsukaichi (Western part of Hiroshima Prefecture), Hiroshima Prefecture, so it barely escaped the damage of the bombing.

It is also said that the company’s technology made a significant leap forward when it was involved in the manufacture of tail fins and fuel tanks, which required precision and strength in design.


Flying to the World with the Name of “HIROSHIMA”

After the war, a large order of furniture from the Occupation Forces triggered our rebirth. The furniture produced to the specifications given to us defined the direction of our Western furniture.

Later on, the “Oasis” deck chair brand became an explosive hit and a major catalyst for the company’s production capacity expansion. As Japan’s economy grew, furniture grew more gorgeous and extravagant, reflecting the wealth of life in the country.

However, after the bursting of the bubble economy, cheap lumber and furniture flowed in from overseas, and we were forced into a serious predicament. The company’s survival was threatened more than once. On more than one occasion, local companies lent us a helping hand and we were able to withstand the predicament. We felt, “the company is in a transitional period.”

With this in mind, we went back to our original concept of “Industrialized Craftsmanship” and started a project in collaboration with an external designer.

In 2008, we commissioned Mr. FUKASAWA Naoto, a designer who understood our thoughts better than anyone else, and launched the “HIROSHIMA Armchair,” our new signature piece.

The chair, which is simple, yet has a beautiful design and ultimate functionality achieved by our technical expertise, was immediately well received at the time of its release.


The HIROSHIMA armchairs are currently used by some of the world’s leading companies and luxury hotels, including the Apple headquarters, the Pier One Sydney Harbour hotel in Australia and the Blue Bottle Coffee.


When we were naming the chair, some were concerned that the name of Hiroshima might evoke a negative image of the tragic past of the war, but now I feel that no other name could be as good as this.

Nothing would make me happier than to see the name of Hiroshima, a city of peace, recognized around the world with this chair. If someone, somewhere, using this chair, will think about Hiroshima and peace, we would be very happy.

In 1928, the company was founded as Showa Mageki Kojo (Showa Bentwood Factory), aiming at “industrial production of furniture through the division of labor that does not depend on craftsmen.” Later, the company merged with Numata Wood Works to form Maruni Wood Industry Inc. Today, the company operates a head office in Yuki-cho, Saeki Ward, Hiroshima City, as well as three other group companies. The company aims to produce wooden furniture that will still be recognized as the “Global Standard” for 100 or more years to come.

To introduce the experience of Hiroshima’s reconstruction: Rebirth from ruins, Volume I introduces the changes in the lives and rebuilding of the citizens after the atomic bombing.

Learn about the efforts of Hiroshima Prefecture enterprises

Efforts of companies in the prefecture to contribute to the United Nations development goal of sustainable development(SDGs) is introduced.

Learn about the efforts of Hiroshima Prefecture enterprises 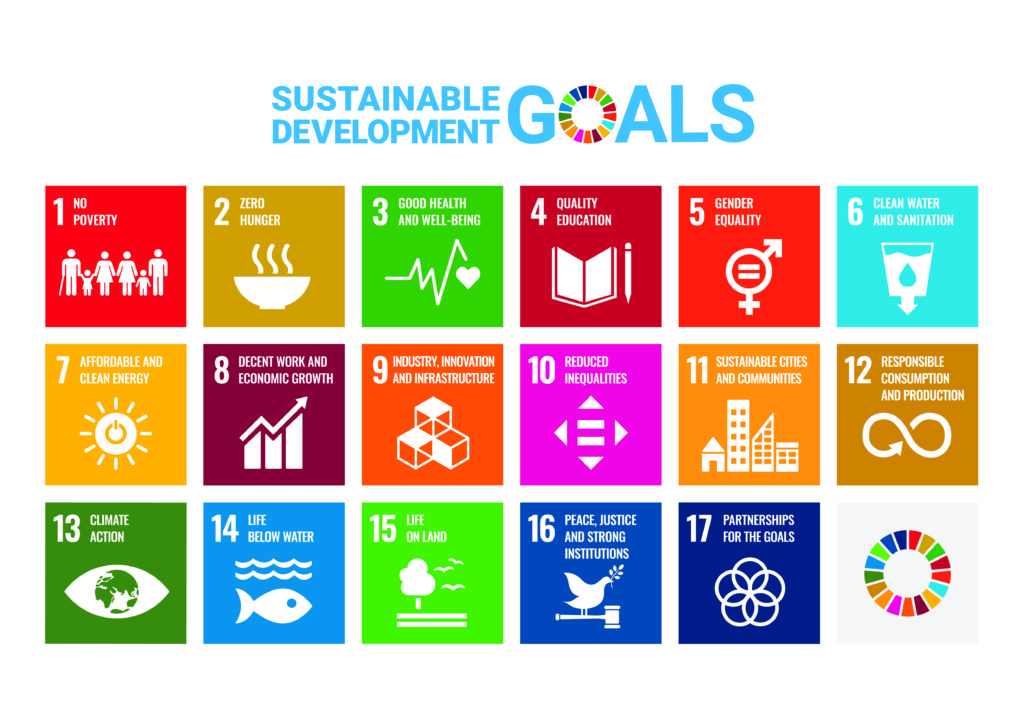