UN75 in Hiroshima (The report by the participant)

2020 falls on the 75th anniversary of both the atomic bombing and the founding of the United Nations. In order to commemorate this year, the United Nations is encouraging people worldwide to engage in discussions looking towards the future.

In response to this initiative, we held the global peace dialogue event, “UN 75 in Hiroshima” on August 6, 2020. Ms. NAKAMITSU Izumi, UN Under-Secretary-General and High Representative for Disarmament Affairs, and participants chosen from among the public will discuss ways to advance the UN Sustainable Development Goals (SDGs) and an agenda for disarmament announced by UN Secretary-General António Guterres. We introduce the report by Ms  Amy KAMIBEPPU, a participant of the event and high school student in Hiroshima.

Though obvious, the main reason for applying for the ‘UN75 in Hiroshima’ in the first place was because I knew it would be such an exceptional and inimitable experience. My active effort for disarmament and peace in general came from school activities that I have taken part in since seventh grade along with participating in the ‘Hiroshima Junior International Forum’ last summer which augmented my interest and knowledge even further. At the event, all 12 participants, including myself, got to put forward a proposal. I suggested the use of ‘social media’ as a way to spread the idea of disarmament. As recent occurrences have evidently shown, social media or the internet has become such a powerful tool to spread awareness. The concept of disarmament is not a topic that is discussed much about on social media nowadays as more other global issues are brought to attention these days. I was very nervous being surrounded by respected adults and cameras, yet I can honestly say it resulted in being such a memorable experience. I got to meet new people, which I hope we can all stay in touch with, to discuss our thoughts and activities and I would definitely encourage anybody to apply when the chance comes along.

What is UN75 in Hiroshima? 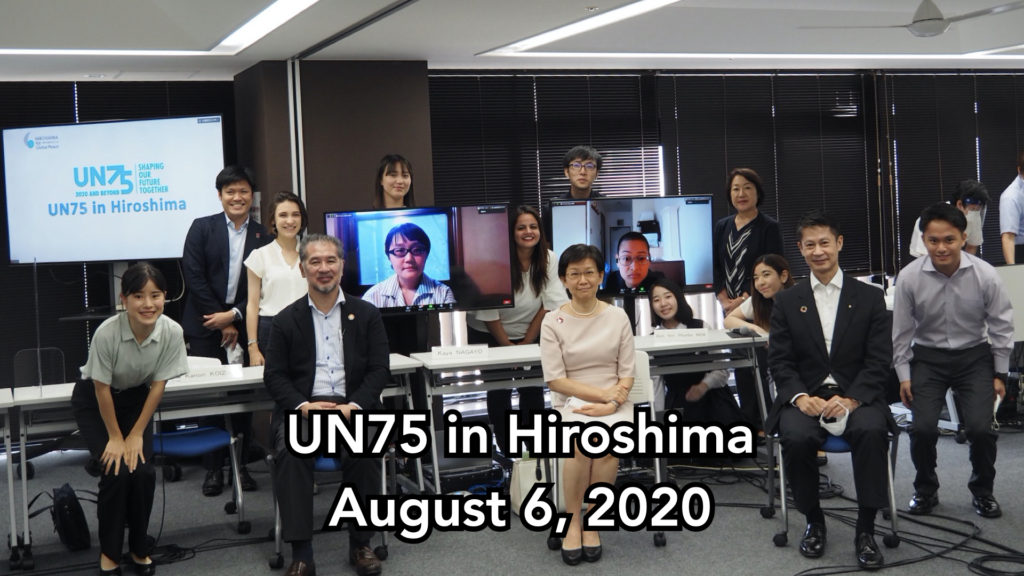