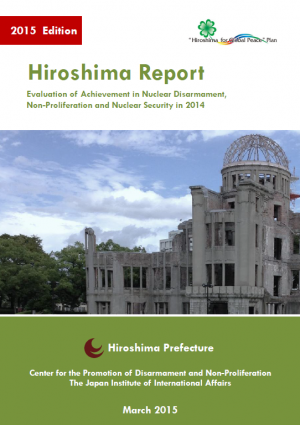 The Hiroshima Report 2015 lays out challenges for nuclear-weapon-states to work on nuclear disarmament, and introduces efforts made by non-nuclear-weapon states.