In 2006, TOMIE Yojiro, owner of “Bar Swallowtail” in Nagarekawa, Naka Ward, Hiroshima City, started the ” A-Bomb Survivor’s Testimony Group (Hereinafter, Testimony Group)” held on the 6th of every month. During the pandemic of COVID-19, the testimonies of the A-bomb survivors are now being shared online.

We interviewed singer-songwriter HIPPY, who took over the hosting of the group in 2017.

The “Testimony Group” started when Yojiro was asked and told mean things about the atomic bombing of Hiroshima by backpackers and tourists who came to his bar, and he was unable to explain it well to them. I first participated in the event in 2010 after seeing a sign in the bar, and I was shocked. Up until then, I had been taught about the atomic bombing in school, and I had the sense that it was a historical event, like the Edo period (1603-1868) or the Muromachi period (1336-1573). However, when I participated in the event, I could feel the atomic bombing as a familiar past, vividly and three-dimensionally. I had always been indifferent to it and thought of the peace education as a school event. However, through the first-hand accounts of the atomic bombing, I was able to see it as something personal that has continued since that day, and I wanted to know more about Hiroshima. I think it was a wonderful peace action to attend this event on my own. We are living in the “today” that has continued since that day, aren’t we?

After that, I often participated in the event, but in 2017, Yojiro was hospitalized for lung cancer. In his hospital room, he asked me if I could take over for him in July and August. I had been supporting his activities and was wondering if there was anything I could do, so I said, “Of course!”

Yojiro passed away on July 3 of the same year, and I took over the association on July 6, three days later, and it is now in its fourth year. I have managed to continue the event every month.

Since March 2020, we have been holding the meetings online using YouTube live streaming. In this way, people from all over the country have been able to participate, and questions and opinions are actively exchanged through the chat function. It seems that people can speak up more easily online than in person. Another advantage of holding it online is that the archives are kept after the live broadcast, so we can look back at them anytime. Each time we have more than 1,000 views, and the people who have spoken are very happy when we tell them about it.

It has been 15 years since Yojiro started the “Testimony Group”. I have felt for a long time that it will soon become difficult to continue the meetings due to the aging of the A-bomb survivors. In order for me to be able to continue to tell the story at that time, I have been training to become a “successor” for the past three years. The lecturer who is teaching me, Mrs. OKADA Emiko, is both an A-bomb survivor and a successor, and when she told me that she wanted each of us to communicate in our own field of expertise, I felt that what I could do was to convey the message through song as a singer-songwriter.

In July 2020, I produced a film work called “Daily Harmony” with university students in Hiroshima, based on my song. I listened to the story of Mrs. OKADAand her grandchildren, and met with Mr. MATSUI, the mayor of Hiroshima city, and Mr. ARAI Takahiro, a third-generation of A-bomb survivor and ex professional baseball player of CARP, a professional baseball team in Hiroshima, also commented on the film. I am now taking over what Yojiro has been doing for more than 10 years, and I feel that our activities are expanding. I would like to continue the “Testimony Group” while searching for what I can do, and I would be happy if it could reach people little by little.

The day I interviewed this time was February 6, 2021, the 15th anniversary of the start of the testimonial event (click the image above to see a video of the meeting). The witness of the day was KIRIAKI Chieko, who was 14 years old when she was exposed to the atomic bomb. Her memories of that time are vivid, and as she talked about Hiroshima before the bombing, her life at that time, and the last moments of her younger colleagues who died in the bombing, HIPPY was moved to tears. He also shares with KIRIAKI the opinions and impressions he received in the chat room. HIPPY’s YouTube channel has more than 30,000 registered users. By broadcasting live on his channel, many people can come in contact with the A- bomb testimony.

●Past videos can be viewed here: “A-Bomb Storytellers” Live Broadcast on 6th of every month

●The film “Daily Harmony” was made with university students in Hiroshima.

On information archives (membership registration is necessary), you can search testimonies by age at the time of bombing, distance from the ground zero and so on.

Online learning program is useful since people can learn wherever and whenever you like. We introduce 3 websites which you can learn about nuclear weapons and building peace. 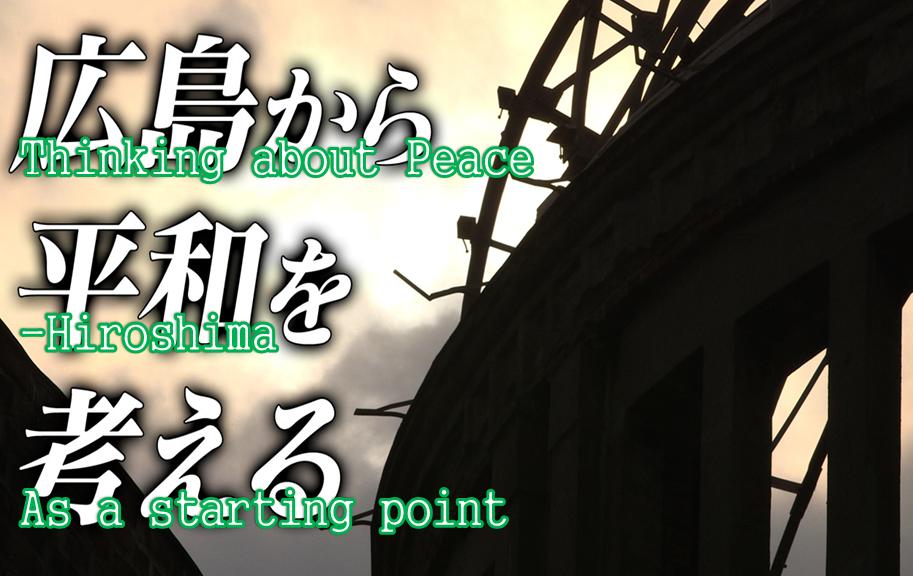