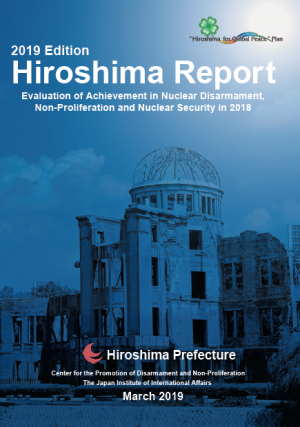 On April 4, 2019 Hiroshima Prefecture announced the latest publication of the Hiroshima Report. The Hiroshima Report 2019 studies, analyzes and evaluates 36 countries’ performance on nuclear disarmament, non-proliferation, and nuclear security in 2018.

The Hiroshima Report 2019 lays out challenges for nuclear-weapon-states to work on nuclear disarmament, and introduces efforts made by non-nuclear-weapon states.

Tables are not posted on the website. You can see them on the full report(PDF).