Many paper cranes were sent from all over the world to the Children’s Peace Monument in Hiroshima Peace Memorial Park. The Orizuru (Paper Crane) Notebook Project then recycles these into educational notebooks and donates them to children worldwide. The project has been active since 2018 and is operated by the NPO Peace Minds Hiroshima. Let us hear the thoughts of its representatives KAWANO Tomiko, TAGOUCHI Hideko, and SAKURAI Takeshi.

From the left, TAGOUCHI Hideko, KAWANO Tomiko, SAKURAI Takeshi. The project’s participants are from various sorts of industries. Ms. Tagouchi is a printing company executive, Ms. Kawano is in the kimono remaking business, and Mr. Sakurai is in the design and advertising agency industry.

“The project was started by 13 members of the Hiroshima SME Entrepreneurs Doyukai, aiming to contribute to peace as companies from Hiroshima. We approached Ms. Kawano Tomiko, an active storyteller of the atomic bomb and classmate to SASAKI Sadako, the model for the Children’s Peace Monument.”」 (Ms. Tagouchi）

“The Orizuru Notebook Project is a perfect match for my lecture objectives,” said Ms. Kawano, gladly agreeing to become representative. She’s been energetically working on this project to date.

The notebook is B5-sized and has 40 pages, with its cover and opening/ending pages all made from recycled paper cranes. It also comes with a sheet of origami paper and one orizuru. It includes pages describing the tragedy of the atomic bomb, SASAKI Sadako (the child who became the model for the Children’s Peace Monument), and how to fold paper cranes.

The notebooks were sent throughout 27 regions in 11 countries. This included Germany, France, UK, and Australia, which are home to cities belonging to the Mayors for Peace chaired by MATSUI Kazumi, mayor of City of Hiroshima. However, this was reduced to two cities in 2020 due to the COVID-19 pandemic. Sadly, things did not go according to plan.

In 2019, Orizuru Notebooks were presented to the German International Peace Village. They were used for interaction between the children and students.

Annual costs for this project’s activities amount to around two million JPY, which are covered by annual membership fees and donations. The orizuru enclosed in the notebooks are produced by volunteers from a group of SMEs in Hiroshima. The project takes full advantage of its roster’s variety, carrying out activities while maximizing each member’s area of expertise.

”The president of a certain company told his entire staff to fold paper cranes aimed at Peace Learning for the younger employees. He took the initiative and made nearly 500 paper cranes. As a result, I realized there were all sorts of ways to participate.” (Ms. Kawano)

In return, the children who received the notebooks sent thank-you notes and pictures of how focused they were in folding the paper cranes. We will continue our activities bearing the importance of bringing peace awareness to every child abroad.

“Once the pandemic ends, I’d love to develop international routes one by one. Although we’ve yet to pull this off, we’re aiming to send the notebooks to children living in war-torn countries and every country wielding nuclear weapons.” (Mr. Sakurai)

A project lead by the Hiroshima SME Entrepreneurs Doyukai that creates educational notebooks recycled from orizuru (paper cranes) dedicated to the Children’s Peace Monument. Donates them to children worldwide

Visit the official website for more details on our activities: https://pm-hiroshima.com/

※ For sales in Japan, the notebooks are available at the Rest House of Hiroshima Peace Memorial Park (300 JPY each)

The Children’s Peace Monument in Peace Memorial Park is one of the most well-known monuments in Hiroshima. This article features the story behind the monument. 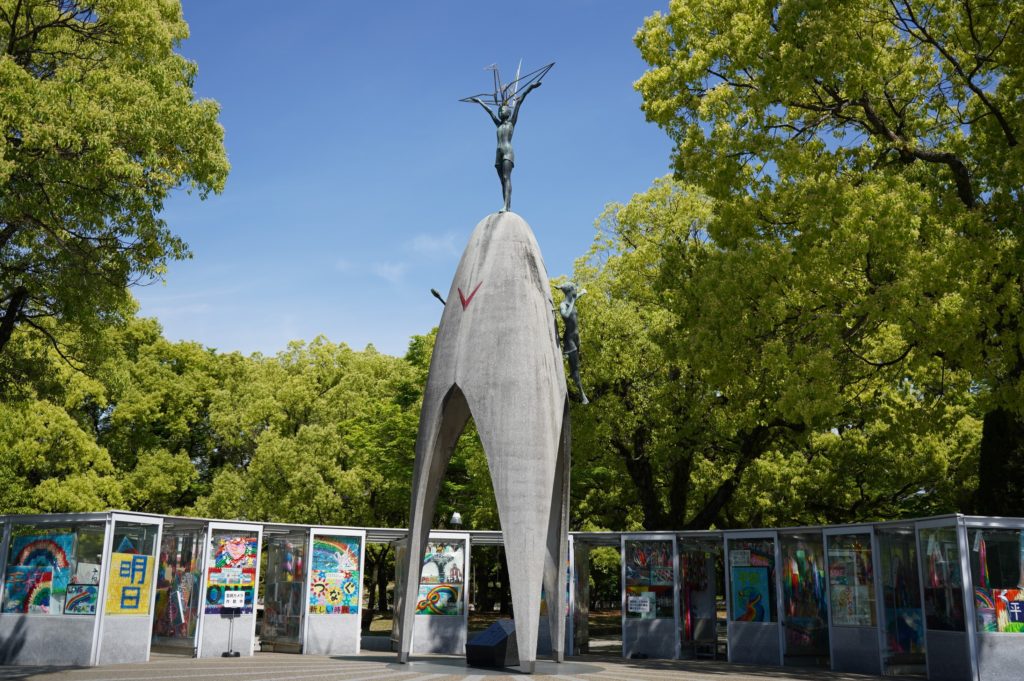 Yoko and Sadako: Children under the mushroom cloud

The column introduces two girls, thirteen-year-old Yoko and two-year-old Sadako whose lives were changed forever by the atomic bombing on August 6. 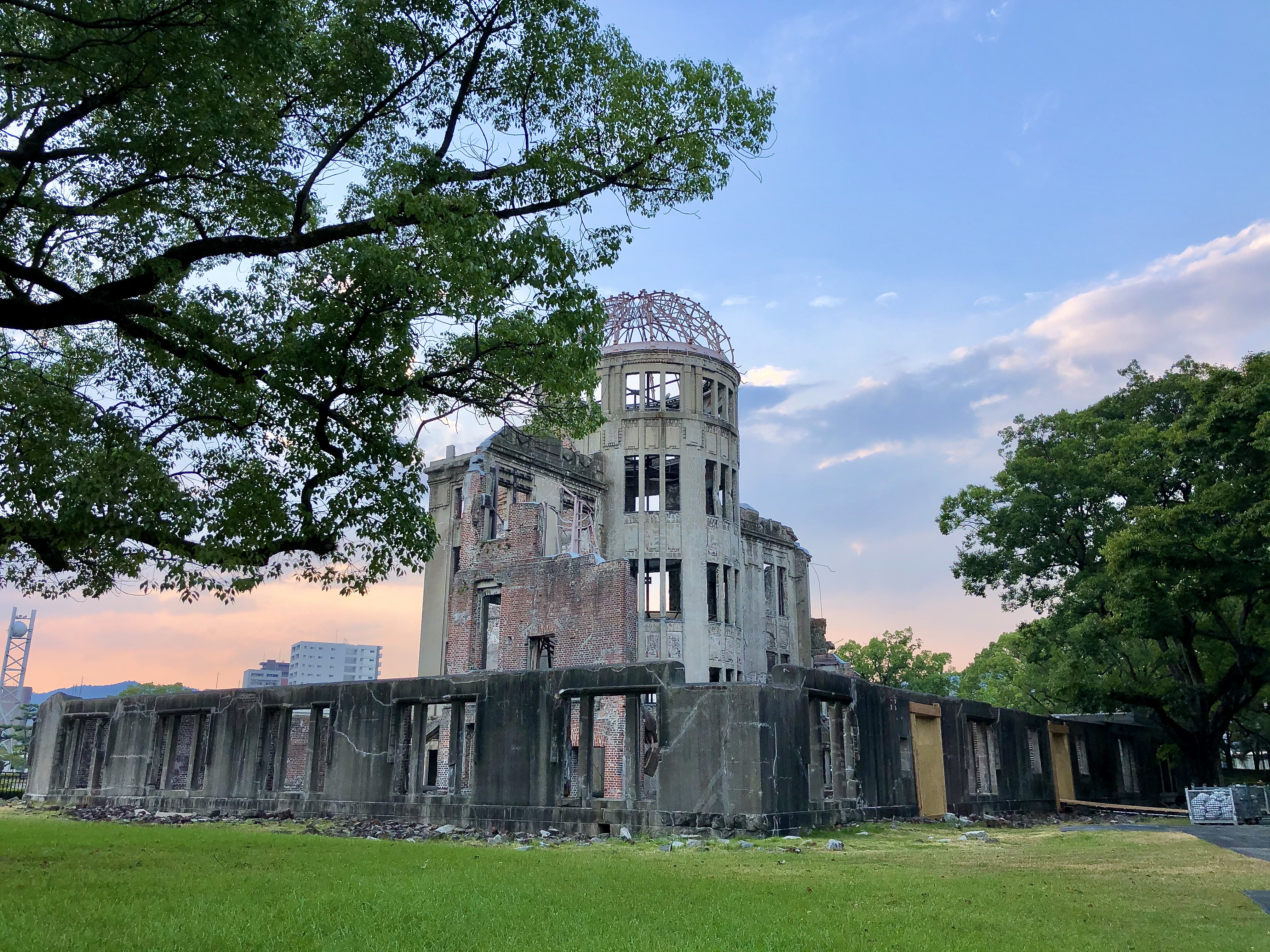